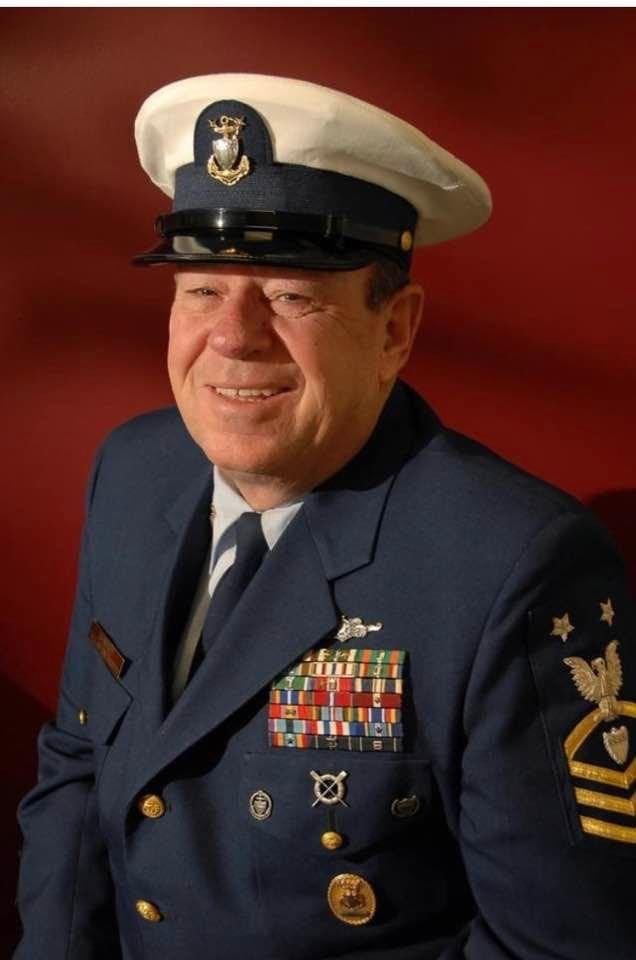 CHATHAM — Having come to the aid of more than 700 mariners in his 41-year career in the U.S. Coast Guard, Jack Downey is being remembered locally as the one who rescued an entire Coast Guard station when it was foundering.

Mr. Downey died last weekend at the age of 73, leaving a wide circle of admirers who remember him as a gifted leader, a generous mentor and an affable friend. His legacy in Chatham remains strong nearly 30 years after his tour of duty ended here.

When he retired in 2008 with the rank of Command Master Chief, Mr. Downey capped a legendary career in the Coast Guard that included service on surfboats, cutters and an icebreaker, and command positions at various stations. Among his many accomplishments, Mr. Downey was the first to receive the Coast Guard’s Joshua James “Ancient Keeper” Award for longevity and sheer number of rescues.

“Master Chief was the one you wanted looking for you if you were in distress,” said William “Russ” Webster, a retired Coast Guard captain whom Downey took under his wing. Mr. Downey had a knack for searches, guiding the Coast Guard to the 1999 crash site of John F. Kennedy, Jr.’s airplane off Martha’s Vineyard, hours before the FAA provided radar data that pointed to the area. When searches for lost mariners were eventually called off, Mr. Downey sometimes held “training” sessions in the area the following day to keep up the unofficial hunt for remains. “More than one family was the beneficiary of this extra effort and were able to mourn their loved ones in ceremonies as a result,” Webster said.

Chatham Harbormaster Stuart Smith agreed that Mr. Downey was unflappable in emergencies, and was a master mariner who was at home on the water. When Smith was an assistant harbormaster, he learned a great deal from Mr. Downey, who had been assigned to Station Chatham at a time when its relationship with the community was at a low ebb. The Coast Guard assigned Mr. Downey to Chatham “to really repair the relationship and put the station back in order, which he promptly did,” Smith said. “I think the Coast Guard used him in that role on a number of different occasions.” Station Chatham had experienced a failure of leadership that left local mariners skeptical that they would respond during emergencies. Mr. Downey set about regaining trust with the members of the town’s fishing fleet, select board member and commercial fisher Shareen Davis said. “He found opportunities to bring people together, sometimes one fisherman at a time,” she said. Working closely with a coalition of fishermen’s wives, Mr. Downey hosted community meetings at the Coast Guard station with Congressman Gerry Studds to advocate for federal dredging of Aunt Lydia’s Cove, demonstrating that he had the interests of the fleet at heart. Mr. Downey and the fishermen’s wives collaborated on annual “Sink or Swim” softball games pitting the Coast Guard crew against local fishermen, “building a camaraderie between the two groups,” Davis said.

When Hurricane Bob and the subsequent Halloween Storm struck in 1991, Mr. Downey and his crew actively helped secure fishing boats in advance, even shuttling fishermen out to secure their boats during the storms. “Under his watch, the station never pulled their boats out of the water, but used the storms as a training and experiential moment that served our community well and saved many boats and probably lives,” Davis added.

In a story recounted by marine safety expert and Coast Guard advisor Richard Hiscock, and included in the Congressional Record at the time of Mr. Downey’s retirement, Mr. Downey had helped the station obtain a state-of-the art LeCompte surf rescue boat just before the Halloween Storm. Unfortunately, a fishing boat broke loose from its mooring and smashed the rescue boat against the fish pier bulkhead, “prompting Downey to comment, ‘Well, that’s a $120,000 fender you’ve got there.’” Whether at the station or in downtown Chatham having coffee or a drink, Mr. Downey was known for his affable nature.

“If you didn’t see him walking in the room, you’d hear him ahead of time,” Smith said. “He just had a great demeanor and sense of humor. He was a funny guy.” He used humor even when pointing out mistakes made by those he mentored, and encouraged them to see errors as learning opportunities. In the Coast Guard, Mr. Downey provided sage counsel to many colleagues, from seaman recruits to admirals. Named Command Master Chief in 2006, Mr. Downey was the senior enlisted advisor to the district commander, helping shape key policies and procedures.

Having retired from the Coast Guard in 2008, Mr. Downey stayed on the water, serving as harbormaster near his home in Narragansett, R.I. He returned to Chatham occasionally, most recently to mark the 70th anniversary of the Pendleton rescue in February. Mr. Downey was close friends with the CG36500’s famed coxswain Bernie Webber, and together with Webster, shared the story of the rescue with thousands of Coast Guard cadets. Mr. Downey felt that the Gold Medal lifeboat crew embodied what it meant to be in the Coast Guard, Smith said.

“He felt they were the ideal Coast Guard people, and that’s what [cadets] had to aspire to,” the harbormaster said.

Speaking at a reunion of legendary Coast Guard rescuers at Station Chatham in 2006, Mr. Downey said part of his success in Chatham involved having the wisdom to lead people, and the courage to follow them.

“What you do in the present has a way of becoming the past,” he said. “This is what I learned from those who went before me.”